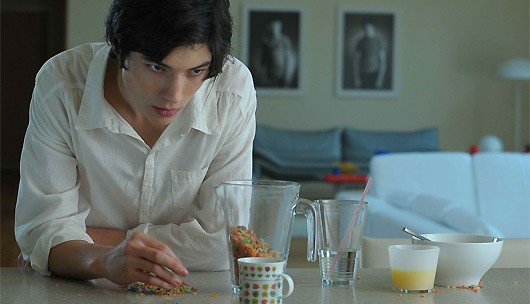 For those of you who don’t know Kevin yet, I’ll give you a quick, spoiler-free bio: Kevin has had a book named after him. It was Lionel Shriver’s We Need To Talk About Kevin and it’s one of the most chilling books I have ever read. Why? Because Kevin is a psycho. I’d imagine, in spite of his lack of empathy, he’d enjoy the books I’ve listed here.

I think the idea of man taking creation into his own hands and play God would really appeal to Kevin. I don’t think he’d feel any remorse after, though, so perhaps he would only read the first half of this book…

The Virgin Suicides by Jeffrey Eugenides

For some reason, I failed to connect to this book. I think Eugenides is a masterful writer, and Middlesex is a work of genius. The Virgin Suicides, although it is a brilliant exploration of mental illness as well as the craft of narrating through the first person plural, didn’t resonate with me. But Kevin Khatchadourian, as far as I can tell, doesn’t feel genuine emotional connection to anyone. He’s alienated by other people’s desire for recognition, which is why I think he’d enjoy this read.

I’ve never blogged about Neil Gaiman before. That’s a damned shame because the man is a genius. What I liked best about this book is that the prologue explained how each and every short story came into existence. As a writer, I loved these little tales of creation. Kevin wouldn’t, though. He’d just enjoy the disturbing subject matter.

The Lottery by Shirley Jackson

This is an absolutely chilling story, and it takes less than an hour to read. Both Kevin and I would recommend it.

One thought on “Kevin Khatchadourian’s Bookshelf”